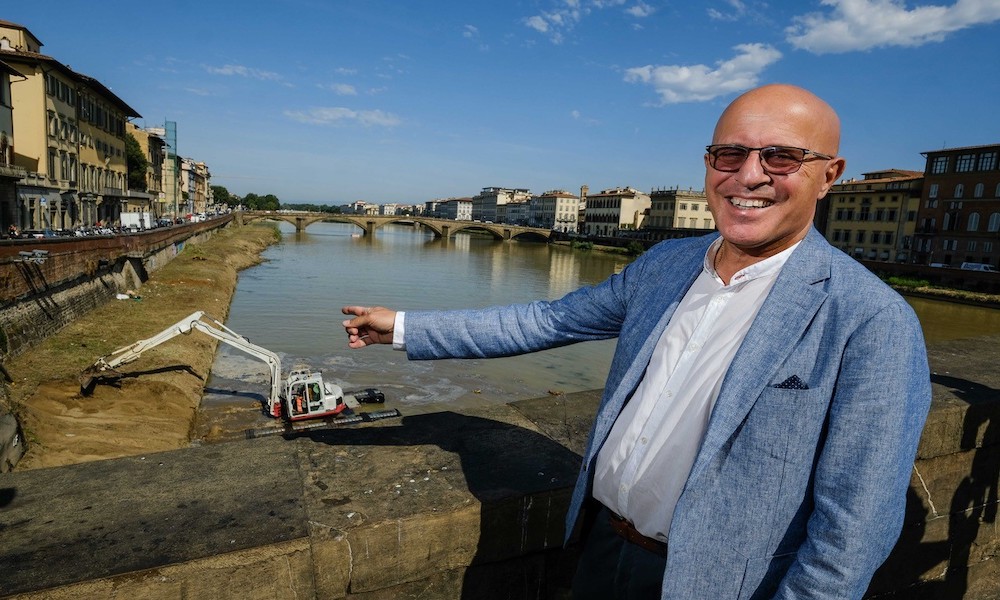 It is appropriate to use the term waterways as they often constituted real connections between the city and the outside. And if the Arno was a source of transport of goods (think of the transport of wood from the Casentino and marble from the coast for the realization of the many masterpieces that characterized the Florentine Renaissance) it was also a place of transport of people. A trace of this heritage remains in the place names (e.g. il Pignone, Nave a Rovezzano, Porto di Mezzo). To this is added the realization of many artificial works at the service of the many arts and professions that have marked the prosperity of Florence during the Renaissance period (Weavers, Millers, Tanners).
A symbiotic relationship between the city and its waterways, which has been able to overcome tragic floods such the one of 4th November 1333, leaving in the Florentines’ minds respect for natural events and attention to their occurrence.
All this changed on November 4, 1966, with the tragic flood that we all know. That event interrupted the relationship between the city and its rivers, mainly the Arno River, replacing respect for the past with fear.
And with fear we acted to secure the Florentine hydraulic grid. With fear and slowness. This for 50 years, until it was finally decided to get to grips with the structural works and ordinary and extraordinary maintenance that make us talk about the Renaissance of our waterways.
But how did this change happen?
First of all, it was due to a slow but inexorable awareness of the importance of rivers within the urban stretch of Florence and their potential for collective and environmental use, and not only as places to be secured from a hydrogeological point of view.
Since 2016, the year in which, with an intelligent reform, the new Agricultural Water Boards (Consorzi di Bonifica) were established in Tuscany, every year on the urban stretch of Florence are invested over 6 million € against the 700 thousand € that were invested on average until 2015.
These are public funds and funds derived from dedicated taxes, which are required by the Agricultural Water Boards to all owners of buildings and land that derive benefit from their works.
In addition, the Region of Tuscany guarantees every year about € 1.2 million to finance additional maintenance work.
A synergy between Region, Municipality and Consortium, that has delivered to the Florentines what we have called “the Renaissance of the rivers”.
Those embankments that used to see few passable stretches are now almost entirely walkable. Where the grass grew luxuriant in every season now operate careful maintenance that keep together the desire of citizens to walk, run, fish, take out the dog or sunbathe on the river with banks that see the massive presence of birds, chiroptera, insects and fish ensuring biodiversity and preserving valuable river ecosystems.
Experiences such as that of the flood retention basin by the Mensola River, made in just a year and a half, set in the places described by Boccaccio in the Decameron, where Michelangelo chose marble from the nearby quarries for his sculptures and Leonardo attempted the first human flight, from this point of view constitute a unique experience and in the Italian panorama.
Works built to defend communities from floods are returned to the communities that transform them into public places fundamental for collective life, as for Parco del Mensola, which will become the second bigger public park in Florence.
Finally, during the pandemic thousands of citizens crowded the “reborn” rivers that have characterized themselves to be beautiful and safe places in very difficult times for everyone.
I hope with this brief presentation to have given the idea of our work, as an Agricultural Water Board that is part of a “Tuscan model” of land conservation and more generally of a national system, that of ANBI (Associazione Nazionale dei Consorzi di gestione e tutela del territorio e acque irrigue) that daily in our country puts water at the center of its interest, a source of food but also of risk, valuable asset increasingly scarce or inaccessible.
Finally, I hope to have also represented the enthusiasm with which we approach this candidacy of our city to such a prestigious event, hoping that I have contributed in some way so that the dream of our community can be realized.
deomede642022-02-14T17:24:32+00:00